Defra has announced plans to double 5p plastic bag charge and extend levy to all retailers from April 2021. The plan aims to curb plastic pollution ending up in landfill or the oceans.

The “hugely successful” 5p charge has prevented billions of plastic bags being sold and ending up in the ocean and environment since it was first introduced in 2015, with major supermarkets reporting a 95 per cent drop in plastic bag sales. There will always be dissenting voices however the public is generally onside with measures.

Previously only retailers employing 250 or more staff have had to impose the 5p charge. However, when the rules are tightened from April 2021, any retailer in England, large or small, will also have to comply with the rules. At the same time the mandatory levy will double to 10p per bag.

Since the 5p bag charge was introduced five years ago – spearheaded by the Lib Dems in the coalition government – the average person in England now buys just four bags a year from the main supermarkets, compared with 140 in 2014, government statistics show.

By extending the bag charge and upping the levy from April next year, the government said it aimed to deliver similar progress in cutting down on single-use plastic bag use in smaller shops, by encouraging shoppers to use long-life bags made from more sustainable materials.

Since the introduction of the 5p carrier bag charge we’ve seen a more than 60 per cent drop in the number of plastic bags on the UK’s beaches,” she said. “It’s so important we reduce our reliance on single use items and we move to a culture of reuse. This increased charge, and extending to all retailers, will help remind people of everyday, simple changes they can make to help the marine environment. 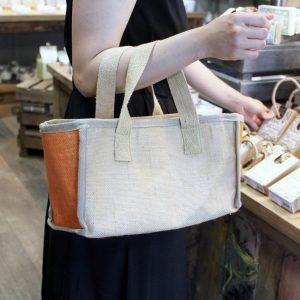 To truly step up and face the war on plastic, government should bring in charges on all single-use, throwaway items – from takeaway cups to wooden forks

It has been an open secret that the market for plastic recycling has resulted in more pollution. An Interpol report last week warned of an “alarming increase in the illegal plastic pollution trade” from Europe and North America since China introduced a clampdown on imports of plastic waste in 2018 (Where does our plastic pollution go? UK’s dirty secrets)

See our How often should you use a reusable shopping bag?

Plastic bags levy to be doubled

Any cookies that may not be particularly necessary for the website to function and is used specifically to collect user personal data via analytics, ads, other embedded contents are termed as non-necessary cookies. It is mandatory to procure user consent prior to running these cookies on your website.